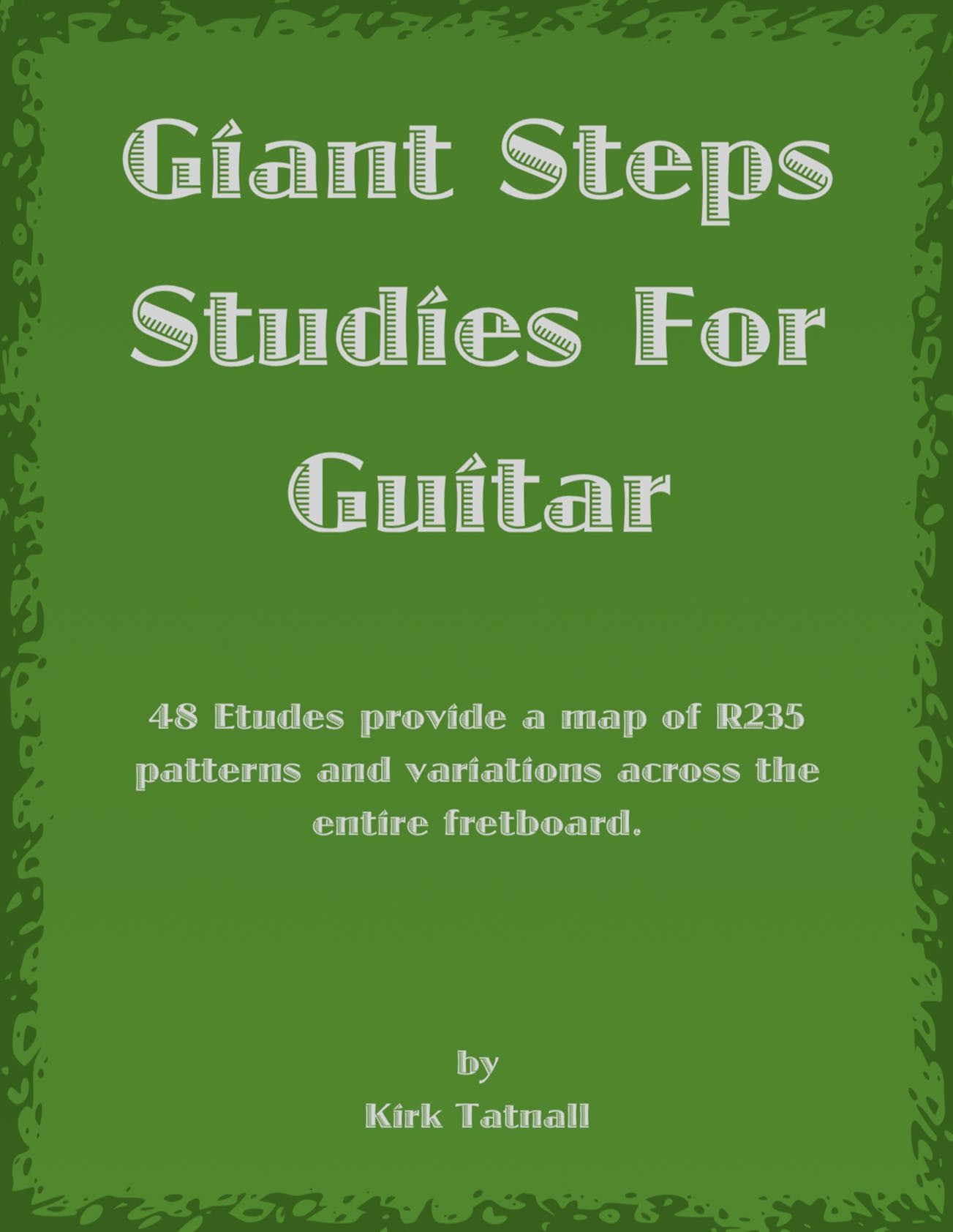 48 Etudes provide a map of R235 patterns and variations across the entire fretboard.

The goal of this book is to provide a clear map of R235 patterns and their variations across the entire fretboard while absorbing the sound and chord progression of John Coltrane’s Giant Steps.

Standard notation, extensive fingerings, and scale diagrams are included, but there is no guitar tablature.  You can actually learn notes with this book.

The Etudes are arranged in ascending order along the neck and are grouped into three string sets of four strings each. Limiting the exercises to groups of four strings forces the line to change directions often and develops the ability to do so while improvising.

Playing these etudes will allow you to get the patterns under your fingers. It is up to you to work them into your musical vocabulary, varying rhythms as well as the length and starting point of phrases.

For technique, first play them slowly for accuracy and then max out the tempo. Finally close the book, chord charts, and maybe even your eyes. Start slowly and mix the patterns in with your existing vocabulary. Let your musical phrases lead you around the fretboard using the fingerings you’ve learned.